“The only absolute knowledge attainable by man is that life is meaningless.”

Anton Chekhov:
“I admire him (Tolstoy) greatly. What I admire the most in him is that he despises us all; all writers. Perhaps a more accurate description is that he treats us, other writers, as completely empty space. You could argue that from time to time, he praises Maupassant, or Kuprin, or Semenov, or myself. But why does he praise us? It is simple: it’s because he looks at us as if we were children. Our short stories, or even our novels, all are child’s play in comparison with his works. However, Shakespeare… For him, the reason is different. Shakespeare irritates him because he is a grown-up writer, and does not write in the way that Tolstoy does.”
Carne Ross:

So many emotions rushed through my mind as I watched it.

Funny-very funny, sexual arousal, sadness-great amount of sadness, how ordinary in the end everyday life of everyone is, how we are likely to die under an alien sky, how fond as a society we are of making gods of human flesh and blood, our excruciatingly tiresome hero-worshiping (and life threatening consequences if you don't do that!)....and finally a tear as the great man dies.

Almost every actor has done well but I am unlikely to forget Christopher Plummer's Tolstoy for a while.

Choice of Helen Mirren to play Sophia (Sonya), Tolstoy's wife,  is very clever. For my taste, Ms. Mirren, 67 still looks pretty attractive and that quality is a key to the character she plays.

Vivian Gornick says: "It pained Sonya throughout her life that her only real hold on Tolstoy was sexual—neither her thoughts nor her desires kept his attention—and it pained her even more when that hold loosened. She herself never enjoyed making love, but when finally, in significant old age, he stopped coming to her, she was beside herself with shame, loss, longing. So often, throughout their years together, he had bolted, leaving her entirely alone—sometimes even when he was in the house—for days or weeks on end (her diary often reports an unspeakable loneliness). Yet she had gone on dreaming that ultimately she would have Tolstoy’s friendship and tender regard. When the sex went, and the friendship did not blossom, she grew desolate.

In the end the mixed nature of humanity itself proves the source of the great existential drama. To be mean and generous, depraved and decent, loving and murderous, not by turns but all at once—that, it seems, is the true burden of our existence. It is this humiliation that makes us rage at the heavens, this humiliation that has ever demanded of us some over-arching myth of redemption that will atone for the despair of our own self-divisions."

I bought 'War and Peace' long time ago but have not read a page yet but in recent months have managed to read a few stories from 'Master and Man and Other Stories' translated with notes by Ronald Wilks and Paul Foote, 2005.

There are so many funny stories about Tolstoy but I found the following by Chekhov probably the funniest:

"You know, I recently visited Tolstoy in Gaspra. He was bedridden due to illness. Among other things, he spoke about me and my works. Finally, when I was about to say goodbye he took my hand and said, ‘Kiss me goodbye.’ While I bent over him and he was kissing me, he whispered in my ear in a still energetic, old man’s voice, ‘You know, I hate your plays. Shakespeare was a bad writer, and I consider your plays even worse than his.’”
Remember there is a lot of cheek kissing and whispering among men in "The Godfather"- I , II and III. The story above made me imagine Leo Tolstoy as Don Tolstoy! 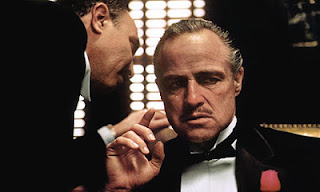 I realised immediately that this was a special talent. Not seen before in Marathi by me. Many years later I got the confirmation of it reading venerable Vilas Sarang (विलास सारंग).


Rosamund Bartlett writes "Chekhov is indeed a great guide. But happily for us, he could never take life too seriously. A random entry picked from his notebooks reminds us of his irrepressible humour and his delightfully quirky view of the world:... "

Rege too was like Chekhov and I wish Rege saw 'The Last Station'.

If he had, I am sure he would have come up with another poem on Tolstoy containing more irony and humour.

"From the first reading of War and Peace, it becomes clear that Tolstoy writes with the breadth and scope of Homer. Nowhere outside the Iliad do we find such a prodigious combination of artistic detachment from joy and suffering and yet at the same time such passionate engagement and sympathy. It is a paradoxical truth in these two European masterpieces, and Bartlett’s book gives us the sense of how both these godlike qualities, of indifference and empathy, were constantly present in Tolstoy’s soul."

I have to read 'WAP' to know Tolstoy's soul but after watching 'The Last Station' I feel I know a little bit about his body.

I don't know about Greek Homer but Tolstoy in the movie often reminded me of American Homer Simpson! And it is a fitting tribute to Tolstoy because, as quoted at the beginning,  he believed ordinary people- the likes of Homer Simpsons- make history. He surely was ordinary in some respects and he certainly made history.
Posted by Aniruddha G. Kulkarni at 9:00 AM