Only True Test of Artistic Merit is Survival

After Ingmar Bergman and Michelangelo Antonioni died, Toby Young wrote an essay for The Spectator (August 11, 2007) "Keep your wild strawberries: Bergman, Antonioni and the end of an error”.

Young says:” Sixteen years ago I got together with a group of like-minded friends and started a magazine called The Modern Review. Its premise was that popular culture is as worthy of serious critical attention as high culture… As George Orwell said, the only true test of artistic merit is survival and posterity has not been kind to the films of Bergman or Antonioni — or, indeed, the vast majority of art-house directors…

The argument, then, isn’t about the artistic merit of films like The Shop Around the Corner, The Searchers, It’s a Wonderful Life, The Lady Eve, His Girl Friday, North by Northwest, The Maltese Falcon and Some Like It Hot — which we can all agree are masterpieces — but about whether art-house directors belong in such exalted company. And to my mind, they don’t…

...I’m profoundly suspicious of the whole modernist project, particularly the notion that art and culture should only be accessible to an educated elite. As John Carey pointed out in The Intellectuals and the Masses, modernism emerged as a way for the literary intelligentsia to differentiate themselves from those they contemptuously referred to as ‘the masses’. By championing artistic endeavour that was deliberately obtuse, the intelligentsia succeeded in excluding ordinary people from sharing in their pursuits…

Unlike the champions of Bergman and Antonioni, it is popular movies I regard as true cinematic art, not obscure, art-house films — and I’m convinced that posterity will prove me right.”

Since Acharya Atre 1898-1969, P L Deshpande , champion of nostalgia, was Maharashtra’s greatest entertainer until his death in 2000. Only bigger entertainer than Pu La was Hindi film industry.

Pu La wrote about other entertainers- Bal Gandharva (legendary large-hearted Marathi stage artist), masters of Hindustani classical such as Kumar Gandharva; Bhimsen Joshi; Mallikarjun Mansur; Vasantrao Deshpande among many others. But he never wrote about Hindi films and their music.

I think Hindi film music composed from circa 1950-1970 by likes of Roshan, Madan Mohan, C Ramchandra, two Burmans, Shankar-Jaikishan etc is as good as any man has created. It is not just popular till the date but also of high artisitic standards. Some of C Ramchandra’s music, inspired by both Jazz and Hindustani classical, would make both Lionel Hampton and Govindrao Tembe (has there been any musical album better than his SANGEET MANAPMAN) proud.
Songwriters like Shailendra, Kaifi Azmi, Sahir, Majrooh etc. too were of high quality.

In Raj Kapoor’s film Shree 420, there is a scene where a milkman takes the song “Ramayya Vastavayya” from the protagonist Raj Kapoor to his estranged lover Nargis at the time of daybreak.

Along with Bhakti literarture, Hindi film music will outlast any art in India. 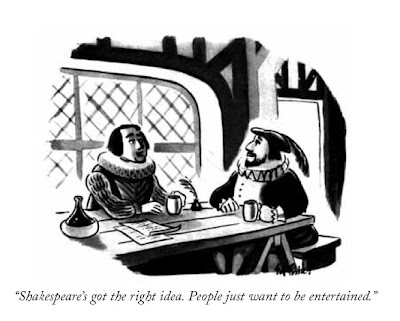