Yes, I Heard Crocodile Bark in Our Bedroom

In July 2008, we have moved to a place that is only a few meters away from one wall of the historical Katraj Lake of Pune.

So far from the balcony of our house, we have managed to spot monkeys running on the wall and storks (?) trying to hunt fish.

But I was not prepared for this excitement:

On November 17, 2008, all newspapers in Pune reported spotting of a crocodile on the banks of Katraj Lake on November 16.

However the coverage left me disappointed. It talks only about fear and commotion among weekend revellers.

There is no sense of awe and curiosity let alone any thing on what poor crocodile must have felt surrounded by ruthless, noisy Homo sapiens. Do we want to experience crocks only on our TV screens?

There also was no mention that perhaps crocks will outlive us on the planet. They surely did “mighty” dinosaurs who once “ruled” the earth the way we do today.

Pune Authorities were sure that the animal would reappear on Nov 17 to sunbathe so that they could “deal” with it. But nature had the last laugh.

Whole of Monday it remained cloudy!

Paul Johnson writes of him: “…When aged six, in 1901, his left eye was destroyed by a toy arrow shot by his brother. His mother, a Christian scientist, refused to let his condition be properly treated, and as a result ‘sympathetic ophthalmia’ developed in his right eye, and eventually led to virtual sightlessness. By the time I met him, in 1958 I think, he was effectively blind…” 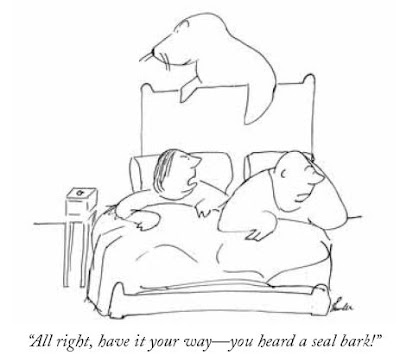