Have you read M F Husain Version of Ramayana?

U.R. Ananthamurthy says: “The only two languages that are understood all over the country are the Ramayana and the Mahabharata.” (India Today, August 20, 2007)

I know there are many versions of these two ‘languages’ but don’t know which one M F Husain uses.

This refers to “Politics of Art” by GPD from Economic & Political Weekly dated May 17, 2008.

GPD sounds naïve even comic when he compares “blasphemy” of Saint Janabai संत जनाबाई with insensitivity, ignorance and plain mischievousness of M F Husain. He seems to be carried away by the fact that Husian hails from Pandharpur पंढरपुर.

On this subject, I wish to quote the late Durga Bhagwat दुर्गा भागवत, who all her life defended freedom of expression, challenged the dictators like Indira Gandhi when most intellectuals were silent and fought culture-vultures of Maharashtra while defending Marathi author Bhau Padhye भाऊ पाध्ये who was accused of obscenity.

“…why does Husian draw Seeta sitting on the tail of Lord Maruti flying across the sky? And that too naked one? Obviously religious people will get angry, won’t they? Basically Husain has not read Ramayana is obvious because no where in Ramayana, Maruti carries Seeta. In Ashok-vana, he offers Seeta that he would transport her on his shoulder safely. Seeta declines the offer because she wants Rama to go there personally, slay Ravana and free her. That shows Seeta’s confidence in Rama and also pride. Without considering this context, drawing revealing pictures of Hindu goddesses has to be considered objectionable. Such pictures are naturally going to hurt the sentiments of religious people. Not just that even a religious Muslim may not like this insult of gods of other religions.”

In the same book, Ms. Bhagwat dares likes of GPD to defend the right of Salman Rushdie to write “The Satanic Verses”. 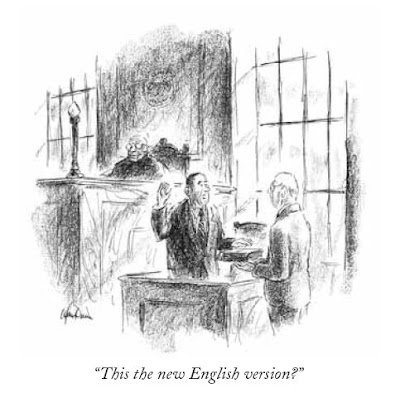 I haven't read the Durga Bhagwat interview that you are quoting from and hence my observation may be premature and also as an unecessary diatribe.

I think malicious intent not withstanding Hussain still has the constitutional right to express himself in any fashion he wishes to. I see nothing wrong in the fact that he exercised it. With regards to hurting feelings of religious Hindus, when have these religious Hindus (or for that matter religious bigots of any stripe) bothered about hurting feelings of agnostics and atheists. But agnostics and atheists don't go about threatening life and property because of some perceived slight.

In case your post wasn't about freedom of expression at all but wanted to simply state how GPD was wrong about ascribing Pandharpuri tradition to Hussain's paintings, I would urge you to read Hussain's interview published some time ago in Tehelka.

Could you talk about how your exposure and love for Hindu iconography and culture began.
As a child, in Pandharpur, and later, Indore, I was enchanted by the Ram Lila. My friend, Mankeshwar, and I were always acting it out. The Ramayana is such a rich, powerful story, as Dr Rajagopalachari says, its myth has become a reality. But I really began to study spiritual texts when I was 19. Because of what I had been through, because I lost my mother, because I was sent away, I used to have terrible nightmares when I was about 14 or 15. All of this stopped when I was 19. I had a guru called Mohammad Ishaq— I studied the holy texts with him for two years. I also read and discussed the Gita and Upanishads and Puranas with Mankeshwar, who had become an ascetic by then. After he left for the Himalayas, I carried on studying for years afterwards. All this made me completely calm. I have never had dreams or nightmares ever again. Later, in Hyderabad, in 1968, Dr Ram Manohar Lohia suggested I paint the Ramayana. I was completely broke, but I painted 150 canvases over eight years. I read both the Valmiki and Tulsidas Ramayana (the first is much more sensual) and invited priests from Benaras to clarify and discuss the nuances with me. When I was doing this, some conservative Muslims told me, why don’t you paint on Islamic themes? I said, does Islam have the same tolerance? If you get even the calligraphy wrong, they can tear down a screen. I’ve painted hundreds of Ganeshas in my lifetime — it is such a delightful form. I always paint a Ganesha before I begin on any large work. I also love the iconography of Shiva. The Nataraj — one of the most complex forms in the world — has evolved over thousands of years and, almost like an Einstein equation, it is the result of deep philosophical and mathematical calculations about the nature of the cosmos and physical reality. When my daughter, Raeesa wanted to get married, she did not want any ceremonies, so I drew a card announcing her marriage and sent it to relatives across the world. On the card, I had painted Parvati sitting on Shiva’s thigh, with his hand on her breast — the first marriage in the cosmos. Nudity, in Hindu culture, is a metaphor for purity. Would I insult that which I feel so close to? I come from the Suleimani community, a sub-sect of the Shias, and we have many affinities with Hindus, including the idea of reincarnation. As cultures, it is Judaism and Christianity that are emotionally more distant. But it is impossible to discuss all this with those who oppose me. Talk to them about Khajuraho, they will tell you its sculpture was built to encourage population growth and has outgrown its utility! (laughs) It is people in the villages who understand the sensual, living, evolving nature of Hindu gods. They just put orange paint on a rock, and it comes to stand for Hanuman.

It is quite clear that he has read the Ramayana. Now, that may bolster the argument that he is being intentionally malicious, but as mentioned earlier I don't care and feel that only solution to satiate hurt followers is to make the hurt so commonplace and widespread that they see that someone painting something absurd doesn't lead to any enduring harm to their faith or their religious beliefs. That is the only way to drive away insecurity and not by taking a sympathetic view of their feeding frenzy.

With regards to Durga Bhagwat criticising Satanic Verses(if indeed she did it), I think it is hypocritical of her. Rushdie criticised Indira Gandhi in much worse fashion in Midnight's Children even going to the extent of insinuating that her husband died because of her neglect. It is fair to say that there were many in India who worshipped Indira at that time and would have been 'hurt' by his writings,was it Bhagwat's contention then that Rushdie should not have written the things he wrote back then? Or that he should have vetted his book before publishing it through different quarters of the population just to check that no one is being offended?