Bollywood also is a Dog-doesn't-Return-Other-Dog's-Phone-Calls

Hindi film industry writer-director Vikram Bhatt has started writing a weekly column for The Asian Age. He has something interesting to say and tries to say it honestly.

The last time I really enjoyed an insider’s view was when the late Vijay Anand wrote or spoke. (btw- It’s a great loss of all Hindi film lovers that Vijay Anand never wrote a book on his art.)

“…That is the life of people in the entertainment industry. Sometimes they are dying for the phone to ring and at other times they are busy ignoring calls…

… The cellphone is also a very good idea to find out where you stand in the scheme of things. Like a success and status check. The struggling actors, directors and other technicians will not get a response from almost anyone. They might as well not message or call…

…The successful can call anyone and text anyone…

… I remember being in an actor’s house once and the phone kept ringing and he said "Oh god! This damn phone keeps ringing." A senior producer who was also sitting there smiled and said, "These are beautiful problems son. Enjoy them." What he was trying to say was enjoy it while the phone rings. Answer the calls. Enjoy being wanted because in every stars or important creative person's life, sooner or later the phone will stop ringing and then every half an hour you will check your phone for missed calls.

Then you don’t even have to withhold your caller identity. All that will be left will be to deal with your new unwanted entity.” 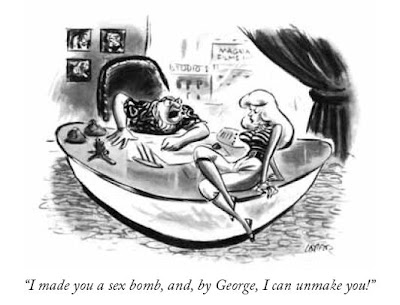