Naked Woman on Mars and Yeti-Alien in Himalayas. Will they Mate?

Marathi newspaper Pudhari पुढारी has printed a picture of colourful alien, arguably male, on the first page of its edition dated February 16, 2008. (See picture below).

It has reported how in year 2004 a team of Indian scientists from ISRO filmed an alien in Himalayas. It claims this is first such shooting of its kind.

No word of doubt or skepticism as always. See a related previous post "Dark Side of the Moon" here.

In January 2008, there was a report:
“The photo of what looks like a naked woman with her arm outstretched was among several taken on the red planet and sent back to Earth by NASA's Mars explorer Spirit.”

“…Contrary to received opinion, science fiction’s preoccupation has always been the here and now. Its far-flung planets and future timelines are merely a way to analyse the contemporary. In this respect, it is the most politically engaged of all literary genres. Motifs that may appear trashy to the uninitiated - space exploration, extraterrestrials, futuristic technology - can in fact be surprisingly sophisticated tools for dissecting and examining the world as it is…

… The search for aliens, then, has turned inward. The Other is no longer up there in the stars. He’s our neighbour with the faith-based dress code. She’s the person with the tinted skin and unfamiliar accent. Modern science fiction is putting out the unexceptionable message that we should gladly embrace him or her, if we are to have any kind of future.

Someone else’s Other, after all, is us.”

“…Which, then, is more likely that we're undergoing a massive but generally overlooked invasion by alien sexual abusers, or that people are experiencing some unfamiliar internal mental state they do not understand? Admittedly, we’re very ignorant both about extraterrestrial beings, if any, and about human psychology. But if these really were the only two alternatives, which one would you pick?

And if the alien abduction accounts are mainly about brain psychology, hallucinations, distorted memories of childhood, and hoaxing, don’t we have before us a matter of supreme importance, touching on our limitations, the ease with which we can be misled and manipulated, the fashioning of our beliefs, and perhaps even the origins of our religions?…”

For me, ISRO scientists are as fallible as anyone when it comes to “brain psychology, hallucinations, distorted memories of childhood, and hoaxing.” I am fallible even to an attack of acidity after eating too many peanuts.

See below how a group of scientists and technologists are resorting to astrology for rocket launching. 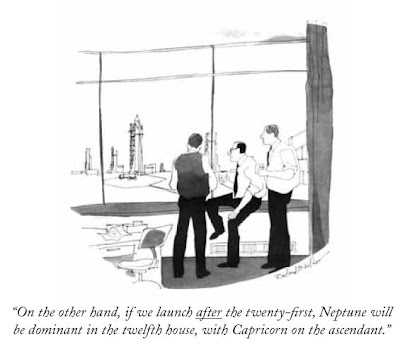 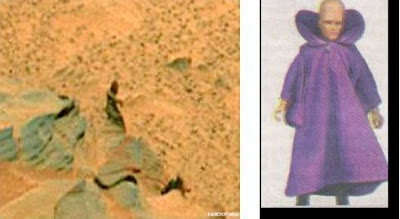 Naked Woman on Mars and Yeti-Alien in Himalayas.
My fantasy: Will they mate?
Posted by Aniruddha G. Kulkarni at 9:30 AM