Am I a Narcissistic Jerk having a Meltdown?

I am 47, graying fast. I have never been in a better position to understand so called “midlife crisis”.

I read two conflicting reports on the subject this year.

Typical of me, I agree with both!

“Believe it or not, middle age makes you miserable. So, don't blame your job, your kids, your spouse, your income or lack of it.

A team of researchers from Britain and the United States has carried out a study and found that people are more likely to feel depressed in their mid-life, with the peak age for depression being about 44.

In fact, according to the researchers, happiness and depression follows a U-shape over a person's lifetime with the happiest times being at the start and end of life…”

Good news in above. I am not 44 anymore. I will never be!

“With the possible exception of “the dog ate my homework,” there is no handier excuse for human misbehavior than the midlife crisis.

Popularly viewed as a unique developmental birthright of the human species, it supposedly strikes when most of us have finally figured ourselves out — only to discover that we have lost our youth and mortality is on the horizon.

No doubt about it, life in the middle ages can be challenging. (Full disclosure: I’m 51.) What with the first signs of physical decline and the questions and doubts about one’s personal and professional accomplishments, it is a wonder that most of us survive.

Not everyone is so lucky; some find themselves seized by a seemingly irresistible impulse to do something dramatic, even foolish. Everything, it appears, is fair game for a midlife crisis: one’s job, spouse, lover — you name it…

… But you have to admit that “I’m having a midlife crisis” sounds a lot better than “I’m a narcissistic jerk having a meltdown.”…

… So what keeps the myth of the midlife crisis alive?

The main culprit, I think, is our youth-obsessed culture, which makes a virtue of the relentless pursuit of self-renewal. The news media abound with stories of people who seek to recapture their youth simply by shedding their spouses, quitting their jobs or leaving their families. Who can resist?…”

On related subject, Allan Massie wonders what would have happened to those who died young in their old age.

“…What of Shelley? Would he have remained a Man of the Left, being scooped-up, white hair streaming, by police as he took part in a sit-down demonstration in Trafalgar Square? Or would he as Sir Percy Shelley, Bart, have put all that behind him, becoming a pillar of the Establishment? Would the author of the tract ‘The Necessity of Atheism’ have ended up as a churchwarden? Bertrand Russell or T. S. Eliot? He might have gone either way, for he was the perfect type of the intellectual always attracted to extreme positions. So would Shelley in his seventies have found himself lining up with Carlyle, Ruskin, Tennyson and Charles Kingsley in defence of Governor Eyre who had displayed what John Stuart Mill called ‘brutal recklessness’ in suppressing a Black rebellion in Jamaica? I suspect he might...

… They were all spared the pains and disgruntlement of advancing years, and so they remain, like the figures on the Grecian Urn, ‘For ever warm and still to be enjoy’d,/ For ever panting and for ever young.” 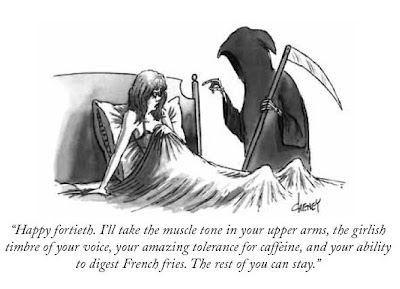