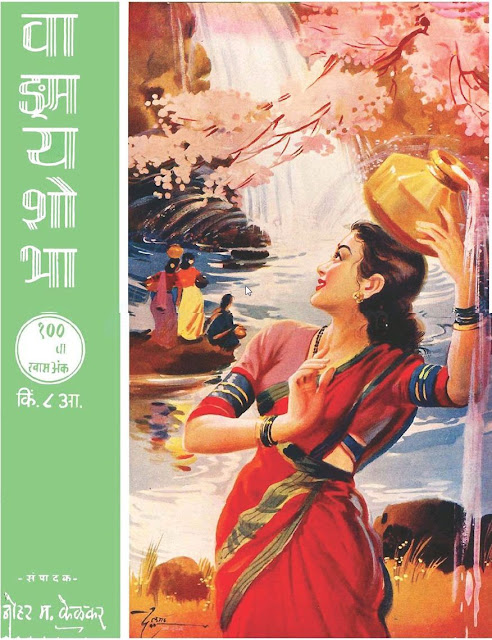 Dalal's lady is not just beautiful and elegantly attired but also so excited that she forgets, for a moment, the pot she is carrying over her head...the collective joy of the free nation is represented by the overflowing waterpot...

The cover of the magazine is so sunny and full of hopes and dreams but the editorial strikes a sour note with a title "आक्रंदन!" (scream!). 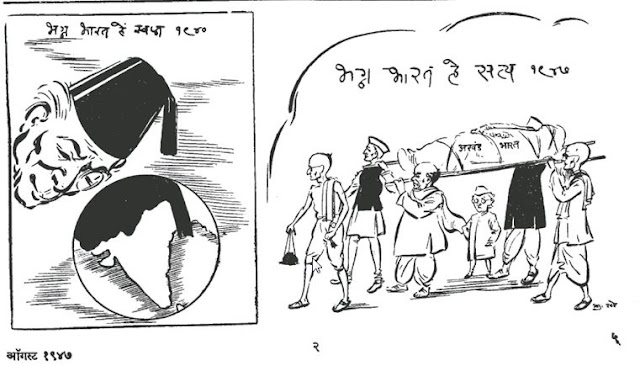 Unfortunately I can't guess or read the name of the artists.

Interestingly editorial praises Dr. B R Ambedkar (डॉ. भी. रा. आंबेडकर) and lauds the Congress party for taking him aboard. It condemns Mahatma Gandhi for not recommending Ambedkar's name for presidency of Congress.

Although the tilt of the editorial is overzealous anti-Gandhism, it does raise some valid points such as  early signs of poor administration, corruption under home-rule etc.

It has printed a letter, dated March 26 1947, by Mr. Neel B. Banerjee, ICS who had served as chief secretary for  the United Provinces under Mr. G B Pant.

Following is the first page of the letter. 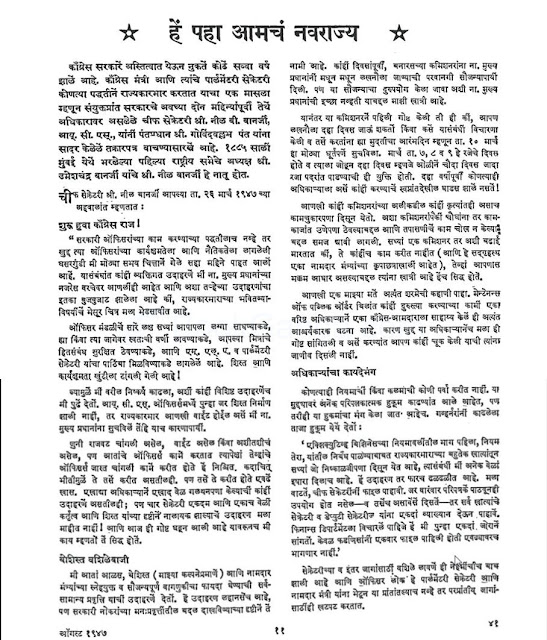