Will Shripad Krishna Kolhatkar be as Lucky as Mark Twain?

Twain knew that he was dead because like Alfred Nobel and Ernest Hemingway, he had the chance to read about it in the newspapers!

He of course was not afraid of it: "I do not fear death, in view of the fact that I had been dead for billions and billions of years before I was born, and had not suffered the slightest inconvenience from it."

What kind of childhood he had?

Ferdinand Mount: “Decayed gentility and a feckless father. These make the springiest springboard for the angry artist. Dickens, Picasso, Joyce, Shaw, Francis Bacon all enjoyed these unsung advantages in life. So did Samuel Langhorne Clemens who called himself Mark Twain”

Twain never received the Nobel. So much for the importance of the prize! He probably was the author of the first typewritten manuscript ever submitted to a publisher.

Abut Indians, Mark Twain says: "It is a curious people. With them, all life seems to be sacred except human life."

Twain saw humanity's future very clearly when he said: "Whiskey is for drinking; water is for fighting over.”

He took very dim view of our civilization: “We are nothing but echoes, we have no thoughts of our own, no opinions of our own, we are but a compost heap made up of decayed heredities, moral and physical.”

In one of the funniest passages I have read, reminding me where I am heading, Twain describes how fickle human memory could be:

"I used to remember my brother Henry walking into a fire outdoors when he was a week old. It was remarkable in me to remember a thing like that and it was still more remarkable that I should cling to the delusion for thirty years that I did remember it -- for of course it never happened; he would not have been able to walk at that age. . . . For many years I remembered helping my grandfather drinking his whiskey when I was six weeks old but I do not tell about that any more now; I am grown old and my memory is not as active as it used to be. When I was younger I could remember anything, whether it had happened or not; but my faculties are decaying now and soon I shall be so I cannot remember any but the things that never happened."

Jonah Raskin says: "...The anniversary of his death provides an occasion to reappraise his work and rethink his life. Fortunately, critics and biographers have been sifting through Twain's published writings and rummaging through his archives. A half dozen new books delve deeply and from nearly every possible angle into perhaps our most profoundly divided writer..."

Two of the greatest Marathi writers, Shripad Krishna Kolhatkar 1871-1934 (श्रीपाद कृष्ण कोल्हटकर) and C V Joshi (चि वि जोशी ) were deeply influenced by Twain and Kolhatkar surely was as talented as him.

By some strange coincidence, like Twain but not on that scale, as per the book, Kolhatkar too had financial problems. He became a farmer to overcome them. From a few of his distressed letters to Ms. Shirke, you begin to understand what it meant to be a small farmer in Vidarbha. (I plan to return to this book a few more times. BTW- The photo of Ms. Shirke in the book alone is worth the price of the book!)

The Times of India reported on Mar 28, 2010:
"Nine more farmers in Vidarbha region of Maharshtra committed suicide in the last 24 hours. This takes the toll of farmers’ suicides to 19 in the last one week and 194 this year, claimed Vidarbha Jan Andolan Samiti — an NGO keeping track on farmers’ suicides since 1997..."

Looks like, in some important aspects, little seems to have changed since 1934!

Will Kolhatkar's 100th death anniversary celebrate his work as much as Twain's? Even one new critical book on his art, reissue of all of Kolhatkar's books and G D Khanolkar's (गं दे खानोलकर) biography of him will do. 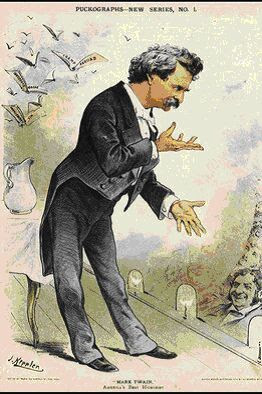