I had a good fortune of reading two excellent articles on the subject of calendars.

“…But now we’re in the 21st century, and time is measured according to oscillations of vaporized atoms of cesium-133. Why do we still need something as oddly quaint as leap year?

The answer lies in the fact that days and years are not neatly synchronized. This problem has confounded calendar makers for centuries, and prompted corrections far more clumsy than an occasional extra day in February…

By the time Britain adopted the calendar, in 1752, 11 days had to be eliminated, and many people were enraged at the loss. “Time rioters” took to the streets of London and other cities chanting, “Give us back our 11 days!”…”

Among all kinds of them in Indian streets, “Time rioters” are still not there because India has chosen to do nothing about the error of whopping 24 days in its calendars!

“…The traditional Indian calendars have become just such an absurdity today. They are slowly going out of sync with the seasons – by ‘ticking’ faster than they should – and they have already accumulated an alarming gap…

… That is why Makara Sankranti, which is actually the day the sun shines overhead on the Tropic of Capricorn (Makara), that is December 22 (the winter solstice), is celebrated in the middle of January. Most of us often wonder about the significance of January and Makara, unaware of the fact that the fault lies with our calendar system, that it cannot keep step with the seasons. It is like looking out at noon and trying to understand why we call it morning because our watch says so.

And it is all because of a mistake made in the medieval times. Moving faster than the seasons, Indian calendars jump ahead by a whole day in roughly 60 years; so they must have accumulated the present gap of 24 days in approximately 1,450 years. The calendars of today came into use circa 5th-6th century C.E. This was the time when the siddhanta (conclusive) system of astronomy was being formulated. There was a lot of debate and discussion at that point of time about a crucial issue, but somehow the prominent astronomers chose to disregard the truth and our calendar system is paying the price for it. The issue was about a discovery made in 2nd century B.C. in Greece, and something that medieval astronomers in India could have easily checked instead of indulging in wordy debates…

… The Government of India set up a committee to reform our calendars in 1955 with the renowned physicist Meghnad Saha as its chairman. It surveyed the existing calendars and the methods of corrections adopted in each, and concluded that “the Hindu calendar... is a most bewildering production of the human mind and incorporates all the superstitions and half-truths of medieval times....In spite of these errors, very few have the courage to talk of reform... the beginning of the year is now wrong by nearly twenty-three days, the result of accumulated error of nearly 1,400 years.”

The committee went on to lament “We are content to allow religious life to be regulated by the encyclopaedia of ‘errors and superstitions’ which is called the Hindu almanac, and to regard it as a scripture.” …

The Indian National Calendar was adopted in 1957 based on its report, and if one followed its recommendations – similar to the conventions in the Gregorian calendar – then it would stand corrected for several millennia to come.

But this National Calendar is hardly used anywhere outside the confines of the pages of gazettes or broadcasts of All India Radio, while lay people remain blissfully at the mercy of traditional calendar makers…”

Author Vishwas Patil विश्वास पाटील described sentimentally in his Marathi novel Panipat पानिपत that while the rest of Maharashtra was eating sweet-chapatis (गुळपोळी) on January 14, 1761; thousands of Marathi speaking men were being slaughtered on the battlefield at Panipat. Assumption being January 14, 1761 was the festival day of Makara Sankranti.

Even today there is a huge controversy in Maharashtra about when to celebrate Shivaji’s birth anniversary. As per Indian calendar or Gregorian one? Before reading Frontline article, I belonged to the camp that argued it should be according to the Indian calendar. 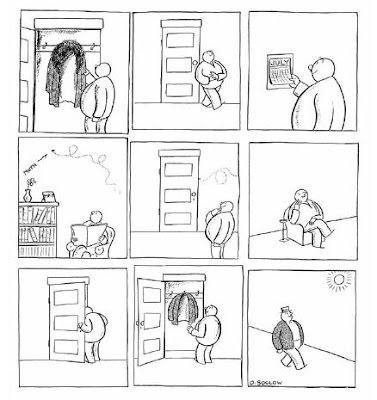